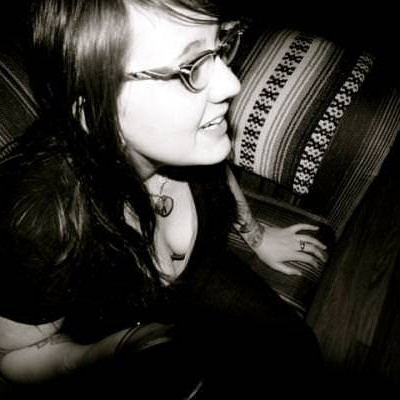 My name is Christina. I just moved to North Jersey from Louisville, KY for a manager position at a gourmet store about a month and a half ago. Been working with artisan/craft/foreign cheeses and gourmet foods for about 8 years, previous to that I was a professional body modification artist. I've been making friends,but haven't met any guys that I feel have similar interests to mine. Wished I was in NYC, but I've been visiting at least once a week.

A little about me...
29 yrs old (the big 30 next month). Non-smoker. I'm into collecting vinyl lp's (have about 600...and that's downsized due to the move), 8-track tapes, and lots of weird shit (also very downsized due to the move). I definitely am the "artsy type" looks/interests-wise. Great sense of humor and extremely quick-witted. Strong-willed and independent. I love go to concerts and movies. The last one I went to was to support my work-friend, but the week before that I went and saw John Doe (from X) in NYC. Just bought my tickets for JSBX, and Dead Meadow is on the list as well. My musical tastes are all over the place. Brian Eno, The Red Krayola, Hawkwind, Amon Duul II, The Black Angels, Crass, Yo La Tengo, Jimi Hendrix, Grails, Boredoms, T.Rex, Neil Young, Low, David Bowie, Roxy Music, etc... are some quick faves. But I definitely don't have many musical boundaries other than not really being into modern pop/radio crap.

I drink micro-brews and interesting foreign beers.(IPAs and Belgians are my favorites.) Reading is good, I love my books (and also had to downsize them as well... but I still have a bookshelf full to the ceiling!) Some of my favorites are Vonnegut, Camus, Nabokov, Salinger, Hesse, Sedaris, etc... I have a knack for understanding human behavior and treat others the way I want to be treated. I'm quick to admit when I'm wrong, but love a good debate. Brains are sexy. I'm also extremely liberal and open-minded.

Currently I'm only looking for friendship and flirting, but not opposed to it going somewhere down the road if it clicks.

Last visit: Visible to members only!

Connect with sexy singles near you